Use to operate other devices, such as garage doors and entrance lights when connected to a receiver (sold separately).

Other colours are order in items

TRANSMITTER TEST
Before memorizing the transmitter with the radio-receiver controlling the gate automation,
please verify its correct functioning by pushing any button and checking if LED light appear
from central position. The LED light should appear clearly and stably during the code
transmission. If out of battery the transmitter should have as a consequence lower signal
range and flashing LED light during transmission. In this case, it is necessary to replace the
battery with an equivalent one by paying attention to respect the correct battery polarity as in
the picture. For completing the memorization of the transmitter please look at the instructions
of the radio receiver. The SUB transmitter is compatible with all Key Automation rolling code
receivers. For further information about this product and its compatibility with other
radio-receivers please refer to the instructions present on website www.keyautomation.it
Transfer of certificates between XR rolling code series transmitters:
This procedure allows the user to memorise a new transmitter without necessarily being in the
vicinity of the receiver in which it is to be memorised. The procedure requires a new rolling code
transmitter with integrated receiver (e.g. SUB44WF or SUB44F, also identified by the amber LED)
and a rolling code transmitter already memorised in the receiver (e.g. SUB44WF, SUB44F with
amber LED, SUB-44WR, SUB-44R, SUB-44WRT with blue LED and TXB-42R with red LED).
WARNING: the system must include an XR rolling code family receiver (e.g. RX4X, RX4U, RXM23X,
also identified by the green LED).

Attention!
There is a chance of explosion for the transmitter to be considered if the original battery is
replaced with a not-equivalent one. Battery contains dangerous elements and it can’t be thrown
away in the common waste. It has to be specifically recycled according to current and local
regulations in charge in your country

Estimated delivery costs are calculated at checkout and are subject to below.

Pick-Up and Courier options are available from our Beckenham (WA) shop.

All estimated shipping times are based on standard road transport delivery and is subject to current shipping conditions.

Standard satchel delivery is via Australia Post, up to 5kg (exceptions will occur where product orders cannot fit into a 5KG/Large Australia Post satchel) and is subject to their current shipping conditions.

Non standard shipping is via a GFHW nominated transport supplier and is subject to their current shipping conditions.

Any courier offered is via a GFHW nominated transport supplier and is subject to their current shipping conditions.

Minimum Order: There is a $22 minimum purchase for all online product orders plus Delivery.  Minimum delivery via standard Australia Post satchel is $22.00

Non standard shipping: Orders without shipping costs will be calculated by the GFHW Team. Please call 08 9258 6822 or Ask A Question Online for confirmation prior to placing an order.

Variations: The office will contact you if there is an obvious mistake in the shipping calculated or in any part of your order. Payment will be required before any products are released or a refund offered, with our sincere apologies for any discrepancy.

Below you will see the Key Automation SUB Remote Control price, as well as the specifications. If you have any questions, please give us a call on 08 9258 6822. We ship Australia-wide, including Perth, Sydney, Melbourne, Brisbane and Adelaide. 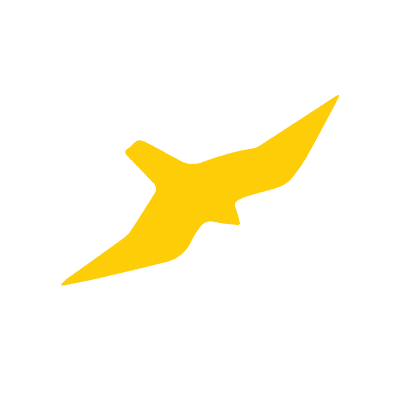 very helpful, explained in detail how to fix my problem and I only purchased a small item from the store. Will be my first choice for any fencing and or gate requirements
Dave Hulm
I contacted this company to provide quotes at several complexes that I own and Manage. I found the service, knowledge and expertise second to none. I highly recommend them.
Louis Prospero
Very helpful and accommodating (pricewise) during our puchase of steel and fixings to renovate our patio. Highly recommended for sales, service and advice.
Drago Starington
Previous
Next
Need help finding the right components or hardware? Our friendly team are here to help you.
ASK AN EXPERT
08 9258 6822